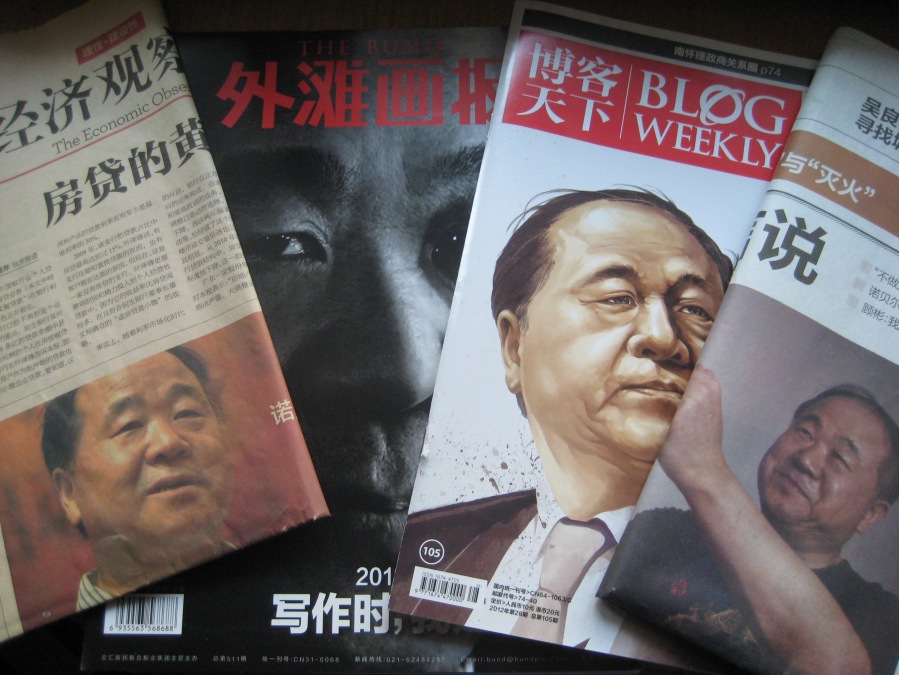 The Chinese writer Mo Yan (莫言 1955-) is often categorised as belonging to the new historicist trend in fiction (新历史主义小说). This literary current, which evolved in China in the 1980s and 1990s, viewed fiction and history as related subjects and merged them into a genre characterised by subjective realism, as a reaction to the official and idealised macro-narratives of the Cultural Revolution.

Mo Yan often uses food symbolism to exemplify the material connectedness of humans to society, while exposing the cultural web of meaning attached to certain foods and certain situations. In his 1992 novel Liquorland (酒国) he writes both symbolically and directly about the function of alcohol in Chinese society.

In this study I have limited my field of research to the role of alcohol in Chinese literary history, with fictional, poetic and philosophical writings as my main sources. Inspired by Roland Barthes I have discovered three separate alcohol ‘institutions’ relevant to the analysis of Liquorland: 1) The commensal drinking culture, 2) The poetic drinking culture and 3) The heroic drinking culture. Through my analysis I will show how the characters’relationship to the alcohol institutions can be read as a critique, not only of the same institutions, but as part of a broader critique of idealism.

This is an excerpt from my chapter ‘Dissolved in Liquor and Life: Drinkers and Drinking Cultures in Mo Yan’s Novel ‘Liquorland’,’ written more than five years ago – before he won the Nobel Prize. Bloomsbury has now kindly permitted me to share the chapter (Published in Kerner, Chou, Warmind (eds.): Commensality: From Everyday Food to Feast. Susanne Kerner, Cynthia Chou, Morten Warmind (Eds.). London: Bloomsbury, 2015) full-text via academia.edu.

Re-reading stuff you’ve written years ago is always a perilous task (I’ve already discovered tons of things I want to change), but there it is, and still quite interesting I think. Cheers!