This article forms part of a special issue of International Journal of Heritage Studies edited by Laurajane Smith, Marina Svensson and Oscar Salemink, but is also available open access.

The City is a Journey

Zhu Tianxin’s (Chu T’ien-hsin 朱天心) novella The Old Capital (古都) narrates the process of slowly losing contact with the past through forgetting, loss and material erasure. Instead of completely eradicating the past, this process prompts a renewed interest, and, in a sense, a renewed presence of that past in conscious remembering, literary evocation and narrative attendance. Inspired by David Crouch’s conception of heritage as a journey, this paper looks at how the protagonist’s physical and mental voyage in The Old Capital incorporates several spatiotemporal layers of cultural heritage to help her – and the reader – understand the complexity of the living historical city of Taipei. 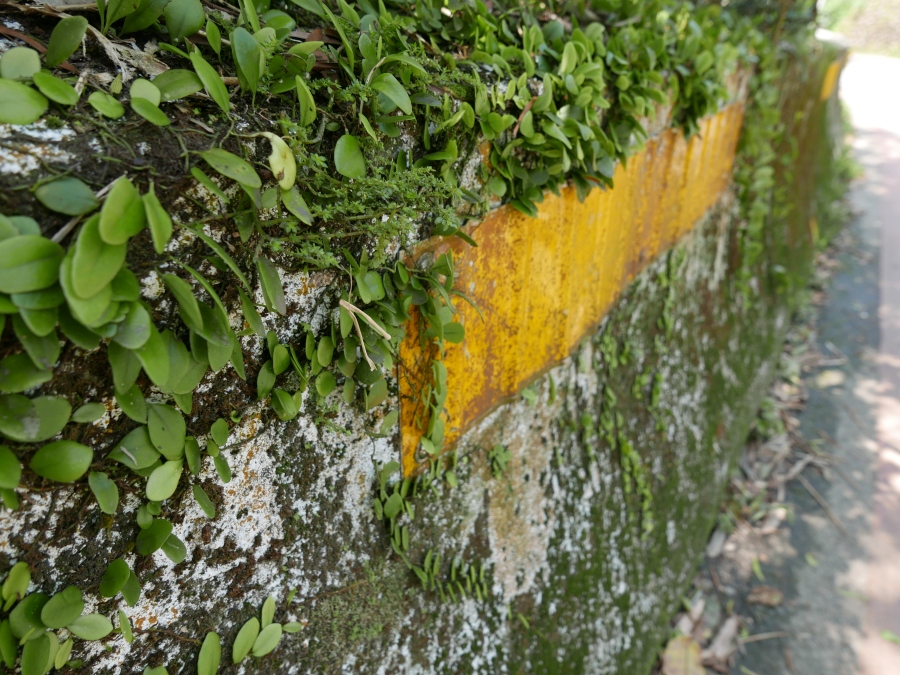 Ten scholars from across the US and one from faraway Sweden (basking in the Californian sun and finding it a bit hard to focus on academic pursuits) presented their work on aspects of contemporary Taiwanese culture and history in relation to various interpretations of ecology.

I was happy to note that several presenters engaged with sensory aspects of film and fiction, something I myself find particularly interesting: 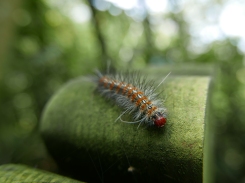 Pao-Chen Tang from University of Chicago presented an analysis of Hou Hsiao-Hsien’s film The Assassin from 2015, which focused partly on the animal qualities strived for in martial arts practice and partly on the autistic features of the film’s protagonist and how they enhance her professional prowess. However, it also touched on supersensitivity as a motif in hit man films as well as a stereotype in the representation of people with autism.

Under the title ‘Urban Ecologies: The Flora and Fauna of Fictional Taipei’, I presented my work on the role of plants as markers of place and ethnicity in Chu Tien-hsin’s 朱天心 ‘The old Capital’ 古都 together with the interspecies communities described in Wu Ming-yi’s 吳明益 short stories about Taipei.

My aim was to add an urban dimension to the flourishing discussion about ecoriticism in Taiwanese literature and to argue that the city presents not only a possible but an essential site for human engagement with the so-called ‘natural environment’. Furthermore, I think fictional narratives offer new and less discipline specific ways of engaging with human beings and their curious ant heap cities as part of, rather than anti-thesis to, nature and nature writing (自然写作).

What makes certain practices and sites cultural heritage? This week I took part in a very interesting panel on ‘Heritagizing Asia: The politics of time and space in Asian cities’, part of this year’s Asian Dynamics Initiative international conference in Copenhagen.

Vietnam scholar and Professor of anthropology, Oscar Salemink came up with the idea of using the verb form of the word heritage – heritagization as a process rather than something which is merely there to be recognised and preserved. As it came out in our discussions, heritagization seems to be quite a complex process of simultaneous construction and selective erasure, taking place from the present cultural political context, directed towards the past, for preservation into the future.

Several interesting and thought-provoking examples of ambiguous and problematic issues of heritage came out during the ten presentations. Anthropologists Bente Wolff and Caroline Lillelund, who talked about the local reactions to the restoration of Danish colonial buildings in India, touched upon an interesting if unintentional effect of heritage preservation: The preservation of the empty space surrounding a heritage building, which seemed to be even more treasured by the local populace. If certain practices can be recognized as intangible cultural heritage that needs to be preserved, can empty space as room for such practices also be included?

Urban geographer, Rishika Mukhopadhyay described how the idol makers of Kumartuli became the victims of their own heritagization, when their workshops were demolished in order to create a more suitable site for their heritage craft. Apart from the plight of the craftsmen now having lived in ‘temporary’ exile from their homes for more than six years, this understanding of heritage as something that can be contained and detached from its spatio-temporal context, acutely problematizes the distinction between material and intangible heritage.

Professor of Modern China Studies, Marina Svensson’s paper about the development of Nanluoguxiang 南锣鼓巷 and the creation as well as commercialization of heritage neighbourhoods in Beijing reminded us to transgress the visual bias and include more senses when engaging in cultural research.

My own presentation dealt with the relation between memory and heritage. I read Zhu Tianxin’s 朱天心 novella ‘Old Capital’ 古都 from this perspective, discovering that in the instance of this fictional investigation of Taipei, the notion of heritage preservation detached from lived experience could be as problematic as heritage destruction. In this work, preservation as a nostalgic project that excludes complicated or painful memories risk removing urban heritage from the citizens, producing alienation rather than a sense of belonging.