I am looking forward to seeing my essay on the overlapping practices of creative dreaming, writing and reading in Can Xue and Jorge Luis Borges in print! It is forthcoming -in the august company of several really innovative articles on aural metaphors in literary criticism- in the belated December issue of The Canadian Review of Comparative Literature‘s special Issue “Cultural Resonance and the Echo Chamber of Reading,” guest edited by Shuangyi Li.

It performs a comparative reading of oneiric imagery in works by two different authors (Can Xue and Jorge Luis Borges) in two different genres (fictional short story and non-fiction essay) from two different languages (Chinese and Spanish), in order to challenge unidirectional notions of literary inspiration and allow them to sound together.

Though strikingly individual in her writing style, critics often compare the work of Can Xue (née Deng Xiaohua 1953-) to that of Jorge Luis Borges (1899-1986), an author whose writing she has analysed in detail in her monograph Interpreting Borges (解读博尔赫斯). This volume is itself a textual chimera, posing as a work of criticism, yet possessing much the same literary style and freedom as Can Xue’s creative writing. Borges approaches literary criticism and philosophical exegesis in a similar fashion in his non-fictions, many of which follow narrative patterns recognisable from his short stories in what literary scholar Ned J. Davidson calls “a successful amalgam of fiction and essay” and proclaims as “an acknowledged contribution of Borges to the history of genres.” Both authors, then, display a disinclination to separate practices of reading and writing. In this essay, I borrow Gaston Bachelard’s aural metaphor of poetic reverberation to study how literary inspiration works in ways more complex than the causal relationship indicated by authorial inspiration or, in aural terms, by source and echo.

Echoes of the Past and Siberian Nature’s “Radical Otherness”: An Ecological Reading of Contemporary Travel Writing
Ana Calvete 480

The Resonance of Conflict: Genre and Politics in the Transatlantic Reception of The Quiet American
Oscar Jansson 533

Earlier this month, I attended the conference Exploring the China Dream at Stockholm University – glorious good fun including more  inspiring and informative presentations than I can mention here, so just a few samples:

At the panel on film and visual culture chaired by eminent organizer Elena Pollacchi, Prof. Paola Voci introduced us to different types of virtual soft power with hilarious and scary examples of short internet films like this one (》低头人生《 about what can happen to people who live with their heads glued to small screens).

Prof. Irmy Schweiger chaired my panel on dreams in literature, in which Martin Winter (who is much quicker on the keyboard than I am and has already blogged about it here and  here) read us a poem by Xu Jiang and talked about his translations of Yi Sha’s dream inspired poetry. It reminded me of Jack Kerouac’s Book of Dreams as well as Nietzsche’s argument in The Birth of Tragedy that good art combines the Apollonian act of dreaming with Dionysian drunkenness.

My own presentation was a comparison of the dreamscapes in two short stories by Jorge Luis Borges and Can Xue. I talked about writing as a kind of literary incubation, the dream as a space of transgression/multiplication/splitting of the individual, and the Zhuangzi-like uncertainty about the reversible relationship between dreamer and dreamed pervading both stories. (Read my abstract here)

The conference convinced me that, even if the official China Dream campaign seeks to promote the kind of dream that pretends to look forward while really looking back (not unlike Trump’s rhetoric of “making America great again,” or the cultural conservatism of European neo-nationalisms), there exists an undercurrent of uncontrollable visual and literary dreams, which move in many direction at once, expressing anything from sharp political criticism to plain individual confusedness to aesthetic and existential curiosity. 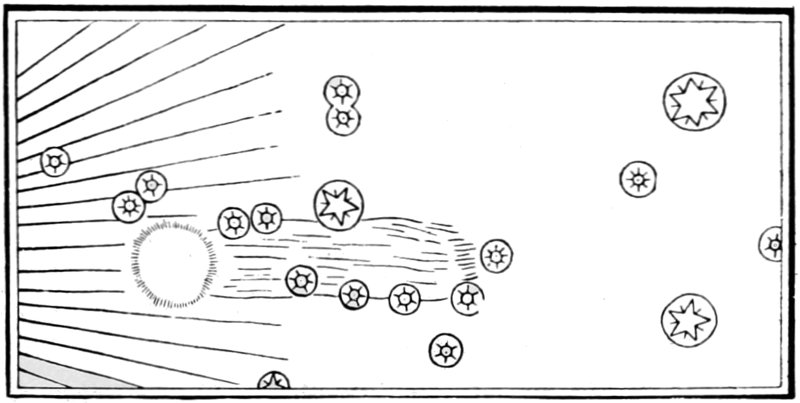 Currently I am rereading Can Xue’s amazing short stories with a focus on uncanny places: Places where quotidian life has an unnerving backside and insects crawl within the dilapidated walls of home.

The research is for a paper I am going to present at this years conference for The Association of Chinese and Comparative Literature, to be held June 18-20, 2015 at ICSCC Fudan University, Shanghai. I am really looking forward to join the panel ‘Modern Chinese Culture and the Uncanny: “Superstition” as a Critique of Enlightenment’, organised by Charles A. Laughlin and Zhange Ni, and see what eerie and interesting discussions come out of it.

For more information about the conference, please go here (scroll down for English).