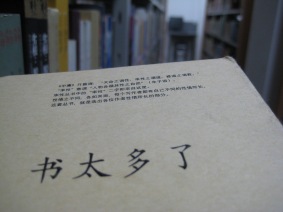 For some time, it has been dawning on me that what I am really interested in is not so much what is written in and about China (as the old name of this blog writingchina would seem to suggest), but rather all sorts of narrative fiction written in the Chinese script(s). (I dare say the intelligent reader will have noticed this long before I did). 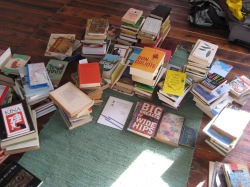 The term xiaoshuo 小说 – which today means any kind of narrative fiction writing, from novels (long fiction 长篇小说) to novellas (medium fiction 中篇小说), short stories (short fiction 短篇小说) and flash fiction (tiny fiction 小小说) – has a long and complicated history in Chinese culture. The essentially diminutive term xiaoshuo (literally small talk), used traditionally to refer (somewhat derogatorily) to “minor philosophical discourse or a type of unofficial, inferior history” (Lu: 39), with strong negative connotations of rumour and gossip rather than of pure fabrication and artful creation as in the latin fictio.

Several scholars (see below) have written fascinating accounts of how the xiaoshuo genre (as well as the attitudes toward it) developed from Confucian warnings against its deceitful nature and the notoriety (and popularity) of the strange and supernatural zhiguai tales to the canonised masterpieces of Ming/Qing serial fiction and today’s cyber romances.

So – in an effort to make it simple and do what it says on the tin – welcome to the new cleaned up & ad free (I hope!) version of my blog on fiction in Chinese: xiaoshuo.blog

Lu, Sheldon Hsiao-peng (1994): From Historicity to Fictionality – The Chinese Poetics of Narrative.